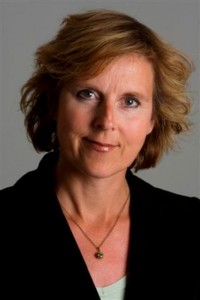 Connie Hedegaard
With two decades of experience in international and domestic executive policy making, Connie Hedegaard is today assuming several key positions in support of a low-carbon and green economy.  She is the first chair of the Board for the KR Foundation, a large Danish climate and sustainability foundation operating globally.  She is also the current chair of the OECD’s Round Table for Sustainable Development and chair of the Board for the green think tank, CONCITO.  Ms. Hedegaard has furthermore been appointed Public Investigator to the Norwegian government’s project on Green Competitiveness.

Ms. Hedegaard was the European Commissioner for Climate Action from 2010 to 2014, during which she led the negotiations towards the adoption of the EU 2030 Climate and Energy Framework.  As EU Commissioner, she was also responsible for the 2050 Roadmap for moving to a low carbon economy and represented the EU in the international climate negotiations.

She is educated in literature and history and has a professional background as a journalist at the Danish National Broadcasting Corporation (DR) and at a number of Danish national newspapers. She has also authored and contributed to several publications and columns.

Janez Potočnik
Dr Janez Potočnik (1958) graduated from the Faculty of Economics at the University of Ljubljana, Slovenia (Ph.D. degree 1993). After a successful career starting in 1989 in Slovenia as a researcher at the Institute of Economic Research, Director of the Institute of Macroeconomic Analysis and Development (1994), he was appointed Head of the Negotiating Team for Accession of Slovenia to the EU (1998).

In November 2014 he was appointed for a three-year term as a member and Co-Chair of International resource Panel hosted by United Nations Environment Programme. In the same month he was also appointed as a Chairman of The Forum for the Future of Agriculture and RISE Foundation and a Member of the European Policy Centre’s Advisory Council.